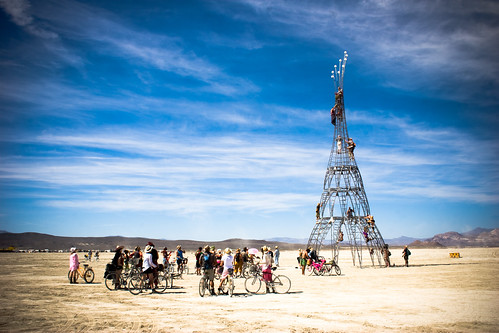 Over the past several years I have attended the Burning Man event in the Black Rock Desert of Nevada. If people have heard of it before, they generally think of it as a bunch of naked drunk people using drugs and partying in the desert. Well, for some people, that might be what they choose to do, but many of the other nearly 40,000 people have various other things in mind. 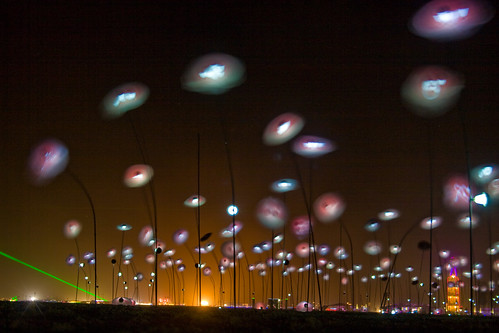 People often wonder why I, a fairly conservative Christian would ever want to go to such a place, and there are actually quite a few reasons. Burning Man is known for having a lot of art and music, and most of all, people willing to be creative and break out of some of the constraints of the "default world."

I think of it this way, you've probably heard people say things like, "If you knew you couldn't fail, what are some things you might try?" Well, at this event, people do some of those things... they build massive art, they paint pictures, they take the stage and sing, they drive silly cars, and they they wear funky costumes. 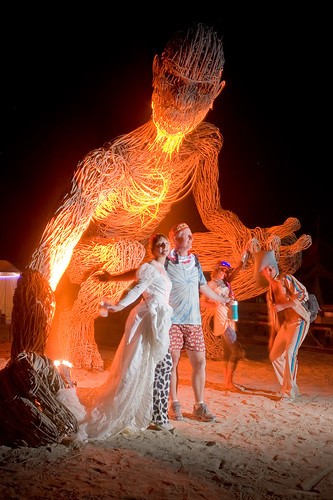 I think of our God as a very creative God, look at the examples of plants, people, and animals around us every day, that is a lot creativity. I think most people miss the creativity and willingness to express that creativity that we often experienced in our childhood and then put away when it is time to be a "grown-up."

This year was the first year I was able to have Ellen join me, I skipped last year since it was just a few months after getting married and she had just started her job. This is also the first year I drove to the event instead of flying in. We drove up to Reno the first day, then got up early and headed in to the event. The dust storm on Monday was really bad and not much fun at all... if the forecast was for it to continue we probably would have left early Tuesday morning. But instead, we knew winds were going to calm down and stay nicer through much of the week. 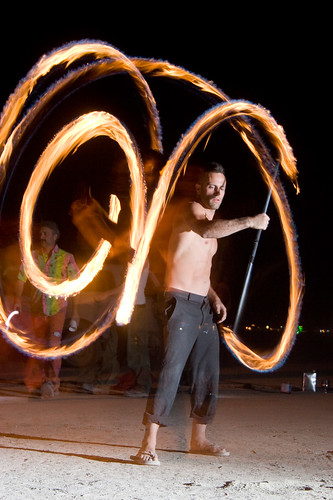 On Tuesday we were able to travel around and see much of the art and camps, and it was Tuesday night that I was finally able to get to some of the more serious photography. I was so thankful to have Ellen along for many reasons, but one of the minor reasons was that she was able to assist me with the night pictures and with lighting on them.

On Wednesday morning we packed up our camp, took some final pictures on a walking tour, and then headed for home since she had a class she had to attend on Thursday back in Watsonville.

Attached are a few pictures from the event, and if you are at all interested in seeing more please feel free to check out my Flickr page with many more images from the event: http://ddphoto.cc/burningman.

As with previous years, I've given permission for people to use my images for non-commercial uses through a Creative Common's license, and just today I've already spotted some of my images being used to illustrate blogs and newspapers. Here is a link to a French website that linked to several of my images: 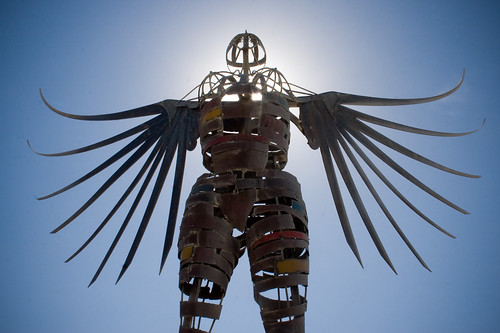 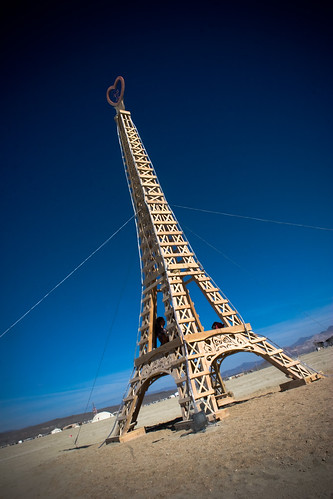 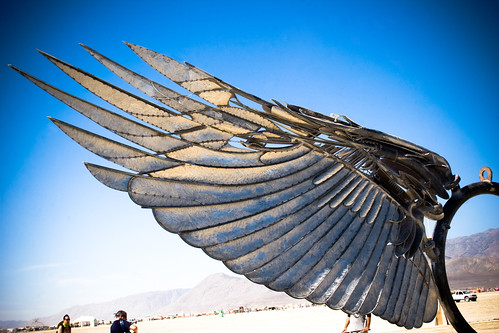 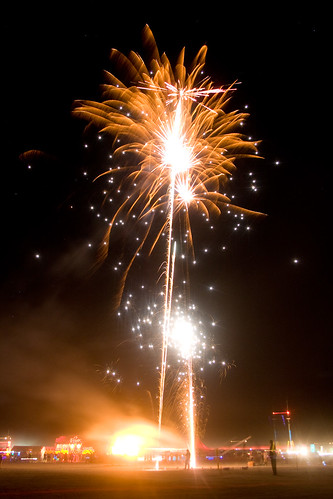 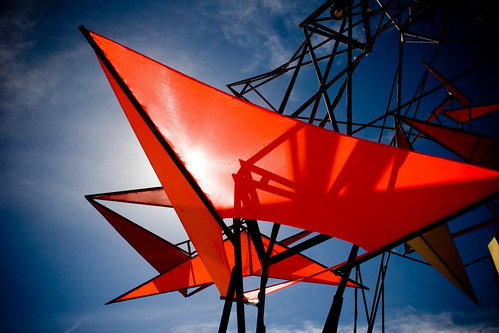 And remember, many more images from the event are available here http://ddphoto.cc/burningman.

Check out this great sign my friend Billy made. Fell free to use it at your leisure. If you would like a higher res version for printing email me. I miss the smell of the playa.... Good thing most of my stuff is covered in it!

I thought I would share in case anyone hasn't come across it yet. I plan on joining and adding my pictures when I get them developed.

A friend of mine lost a backpack (camelback without liner, to be precise) with her Russian passport in it.

Does anyone know anything about it by chance?

We would appreciate any information. Thank you!